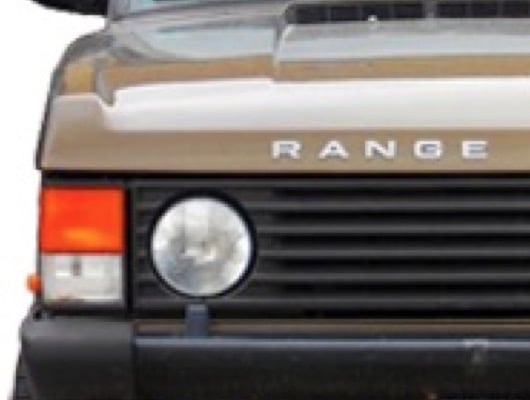 The Range Rover Classic left an indelible mark on car-making history which lasted throughout more than a quarter of a century in production, and continues to be felt to this day. It's hard to believe now, but for more than a decade, the original Range Rover was only available with two doors, and it wasn't until 1981 that the Solihull factory produced its first four-door version. Land Rover had experimented with the introduction of a more luxurious car with the off-road abilities of the vehicle with which they had become synonymous as early as the late-1940s. But it was the steady take-off of the sports utility vehicle in America which prompted Land Rover to look seriously at developing an upmarket, family-friendly take on its more utilitarian classic original. The classic Range Rover is still instantly recognisable, but its age inevitably means surviving vehicles need careful maintenance. And that's where LRParts.net comes in. We're more than just classic Range Rover enthusiasts - we live and breathe everything Land Rover-related, and through our network of trusted suppliers, can help you find all the official Range Rover Classic Parts and compatible accessories you might need. So browse through our parts lists today, and get in touch if there's anything specific you're looking for - we can help!